Stop me if you’ve heard this one: A linguist and a librarian go up the mountain and meet a bunch of honey badgers.  They come back down as new-age dragon slayers determined to change peoples’ lives through a non-movement movement. 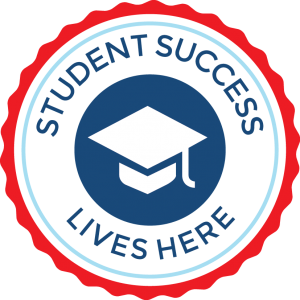 What do you mean, you don’t get it?

We are talking about BSILI, of course.  This is the story about how Christina and Paula, the 2012 team from Los Medanos College, travelled all the way to beautiful Lake Arrowhead and had a transformative experience working with colleagues from around the state to identify and analyze problems and issues their campuses face.  Armed with the appreciative inquiry model and the guiding framework of the Habits of Mind Community of Practice, they returned to campus with a vision for change.

What is a positive, contextualized approach to strengthening student success and uniting the campus community at Los Medanos College?  Christina and Paula believe that student success happens both inside and outside of the classroom, and that it is imperative to be mindful of and recognize the amazing work that so many of their LMC colleagues are already doing.  The duo also recognize that this good work has led to a certain amount of siloing and fatigue, and that different initiatives and programs have had varying levels of effectiveness and success.  Their vision for moving forward was not to become a next generation of audacious, bold, singular leaders of a new movement, but to be a quiet, guiding, background force helping isolated efforts to gather strength, find coherence, and gain momentum. 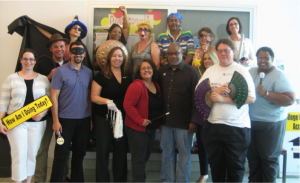 Using the principle of each one bring one, Christina and Paula began their non-movement by extending personalized invitations to powerful LMC faculty, administrator and classified educators.  Using the first stage of the appreciative inquiry model as a guide, they gathered this discovery group together as a kind of think tank to unpack the activities and strategies that characterize their high impact work.  The group was also introduced to Habits of Mind and identified others on campus who are promoting the 16 Habits of Mind in what they do. This first event ended with each participant choosing one or two tools from a collective tool kit that they might use as inspiration and/or integration in their work. 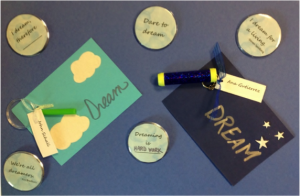 At the second event, which corresponded to the appreciative inquiry dream stage, a few of these individuals shared how they had used their tools to, for example, help students reflect on their learning, cheer students on to their future goals, diffuse potentially confrontational situations, delve more deeply into the needs of the college, selflessly help when a need was observed, and recognize the hard work of one’s colleagues. The former and new participants at the dream event (which included students) got personal tools this time – magnifying glasses to encourage continued discovery and kaleidoscopes to help them see things differently. 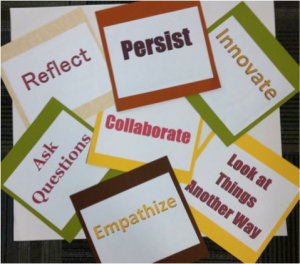 Additionally, Christina made buttons with a variety of quotations about the role of dreams and dreaming as a means of combating a dragon-ish response to an invitation to this second event: “I’m too busy to dream. I have real work to do.”  Thus equipped, the dreamers set about to add to the Habits of Mind lists of good work being done on the LMC campus.  They then collectively rated the Habits of Mind they viewed as having the greatest potential across campus to prepare students to succeed. And finally, groups focused on one of these winners – pictured at right – and determined what exactly a single area, program, department, initiative, or person on campus is doing to promote that HoM, and what it would look like if we all did it…

That dreaming/envisioning has set the stage for the third event, which focused on designing and developing the dream.  Once again, a set of invitations to participate was created based on the suggestions received from previous event participants.  And once again, Paula and Christina created an appreciative, collaborative, meaningful, and as much FUN experience for participants.  It is a challenge, but the interest shown and encouragement received so far makes it easier. Also, the collegial interaction and engagement and the potential effect on the success of LMC students make it priceless.